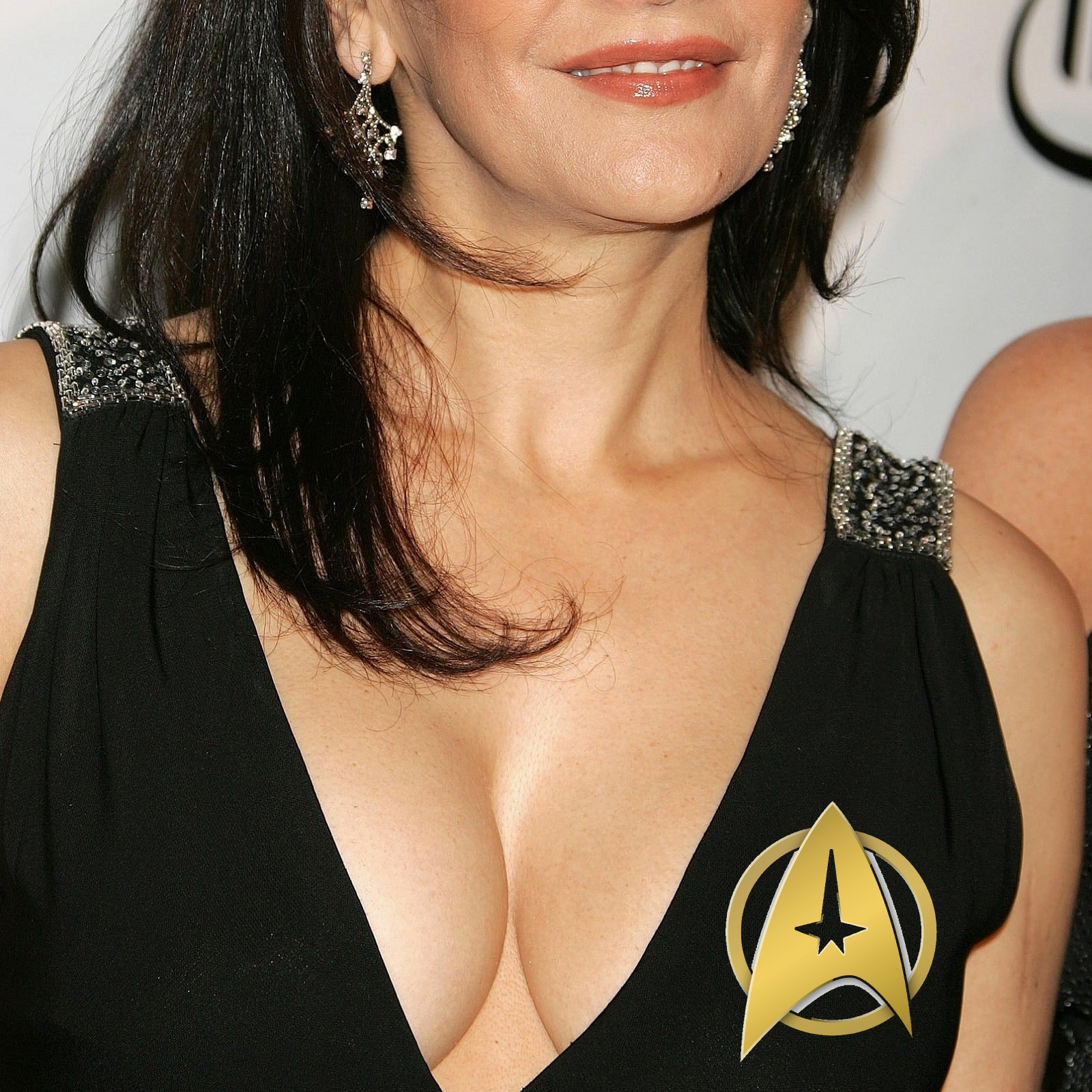 Longer than the most epic battle in any of the films, there is an ongoing war between the fans of Star Trek and Star Wars as to which is the best. It is a battle that will never be won, but when it comes to babes there is only one winner…

I don’t know what it is – maybe it is the tight uniforms – but there is only one winner in the babes battle and that is Star Trek. Moan all you want, bring up Princess Leia or some other character I don’t care. My mind is made up. And sorry, Princess Leia is NOT hot, even after a number of beers.

There are quite a few to narrow it down to, mainly because there have been so many series of Star Trek and most of them were a little bit shit. However, most had at least one hot female or even alien female (we don’t discriminate here).

If you are talking about the amount of boobage constantly on display then Counsellor Troi will win any big boobs battle with her giant, barely concealed cannons. Riker was a lucky boy. But it isn’t just about size, but also about shape and there may be, possibly, another winner.

Anyway, have a look and see what you think. Oh, and there will be only one winner because Star Wars is shit. Period.